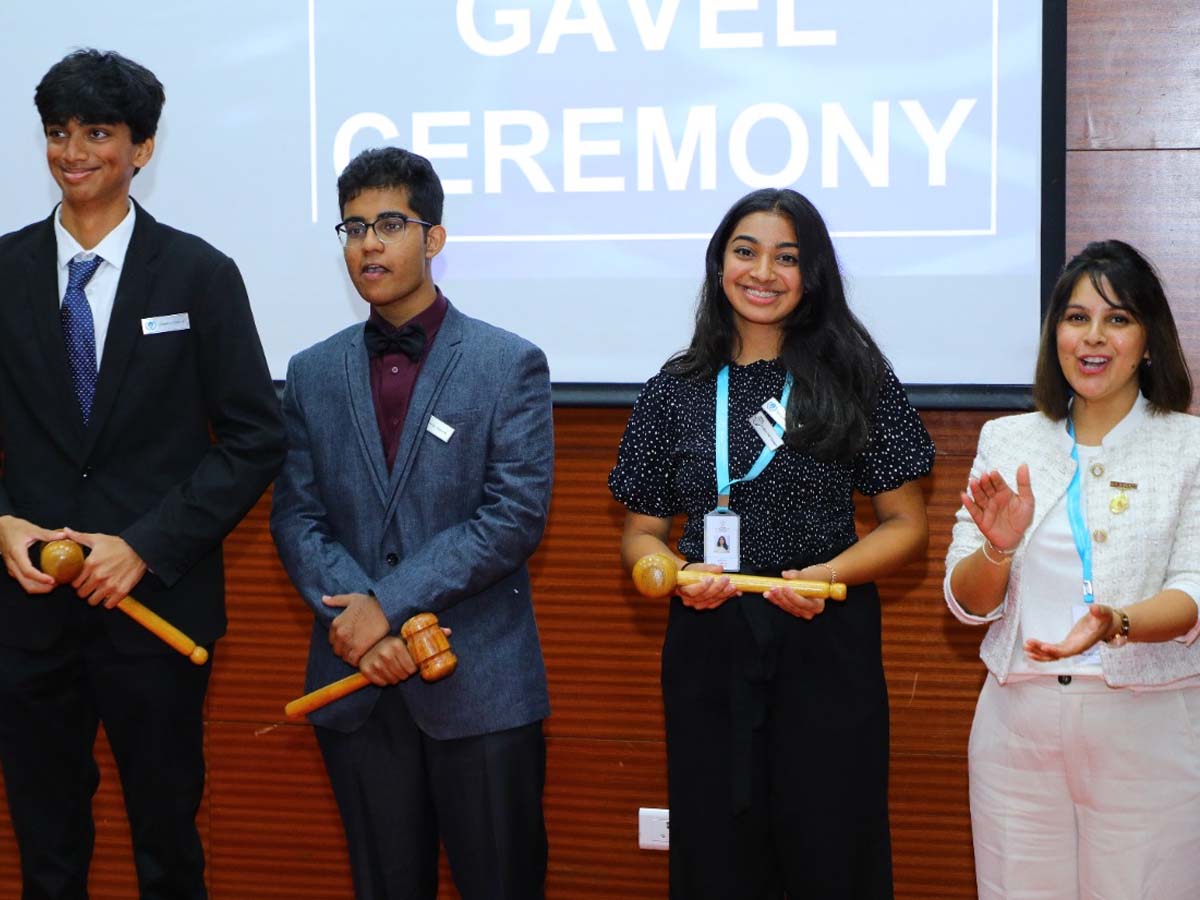 Oakridge International School, Bangalore had just concluded its 7th edition of Bangalore JMUN on the 28th and 29th of October. This year was exceptional due to the big turnout of 200+ students from 10 different schools throughout the city, as well as the fact that it was physically held on the school campus for the first time after being virtual for the previous two years.

JMUN stands out from any other debating conference in today’s time as it targets the youngest students from Grades 6 to 9 who are entering the world of diplomacy and debate. This year the conference consisted of WHO, UNHRC, and ECOSOC which were beginner committees, DISEC an intermediate committee, and UNSC the advanced committee. JMUN gives these students a platform to inculcate 21st-century skills and align with the school vision to create compassionate future-ready individuals who can positively influence the world.

The event witnessed some excellent arguments and persuasion over the course of 2 days on the issues such as illegal healthcare markets, protection of minorities, rapid rates of inflation, cyber warfare, and modern-day imperialism. It also hosted press conferences where the young delegates were able to face some pressing questions raised by the press members.

Ms. Minnku Buttar, well known TEDx speaker and recipient of numerous national awards, including the STRI SHAKTI AWARD in 2021, and is also a recipient of the Swami Vivekananda Award: Change Maker of 2020 adorned the opening ceremony as a chief guest. According to her, students are the change-makers of the future, and they need to take the right action to make the world a better place. “Bangalore JMUN is a platform that provides students an opportunity to strengthen leadership skills, use research communication & collaboration, giving them a preparatory ground to become a responsible global citizen,” said Pallavi Mishra, Principal of Oakridge Bangalore.

The event is entirely owned and conceptualised by the senior students at Oakridge Bengaluru school. The MYP and DP students chair each committee session under the guidance of director generals and secretary general which gave them the opportunity to hone leadership and collaboration skills.

“I could stand here and talk to you all about various consultations, points of order, draft resolution formulation, and alliance formation for as long as I can talk, but what I come here to talk to you about, is instead something very different confidence. I recall being hesitant in participating in the first JMUN in 8th grade because of the intimidation. The intimidation of MUN procedures, the intimidation of competition, and the intimidation of failure. Slowly but surely, I opened up in committee. Before I knew it, I was one of the most outspoken and active delegates in the committee, constantly contributing in one way or another,” said Jia Mishra, Secretary General, Bangalore JMUN 2022, student of DP1 who spearheaded the conference with great agility.

The conference was concluded with press reports and an entertaining band performance by the Oakridge Band on ‘Unstoppable’ by Sia. “We see this event as a steppingstone into your future with other MUNs and into public speaking, and we were incredibly surprised by the level of debate,” commented the Director Generals Aagney Gorthi and Siddharth Satish, DP1 students to conclude the conference.

About Nord Anglia Education Nord Anglia Education (NAE) is the world’s leading premium schools organisation, with 81 schools across 32 countries. Our schools go beyond traditional learning to deliver a high-quality, transformational education to 77,000 students from kindergarten through to the end of secondary school. We offer multiple internationally recognised curriculums, including the English Curriculum, the International Baccalaureate, the Swiss Maturite and the US Curriculum, amongst others.

Why leadership skills are important for students

Starting early with the University Placements

Nutrition plays a key role in maintaining a healthy lifestyle 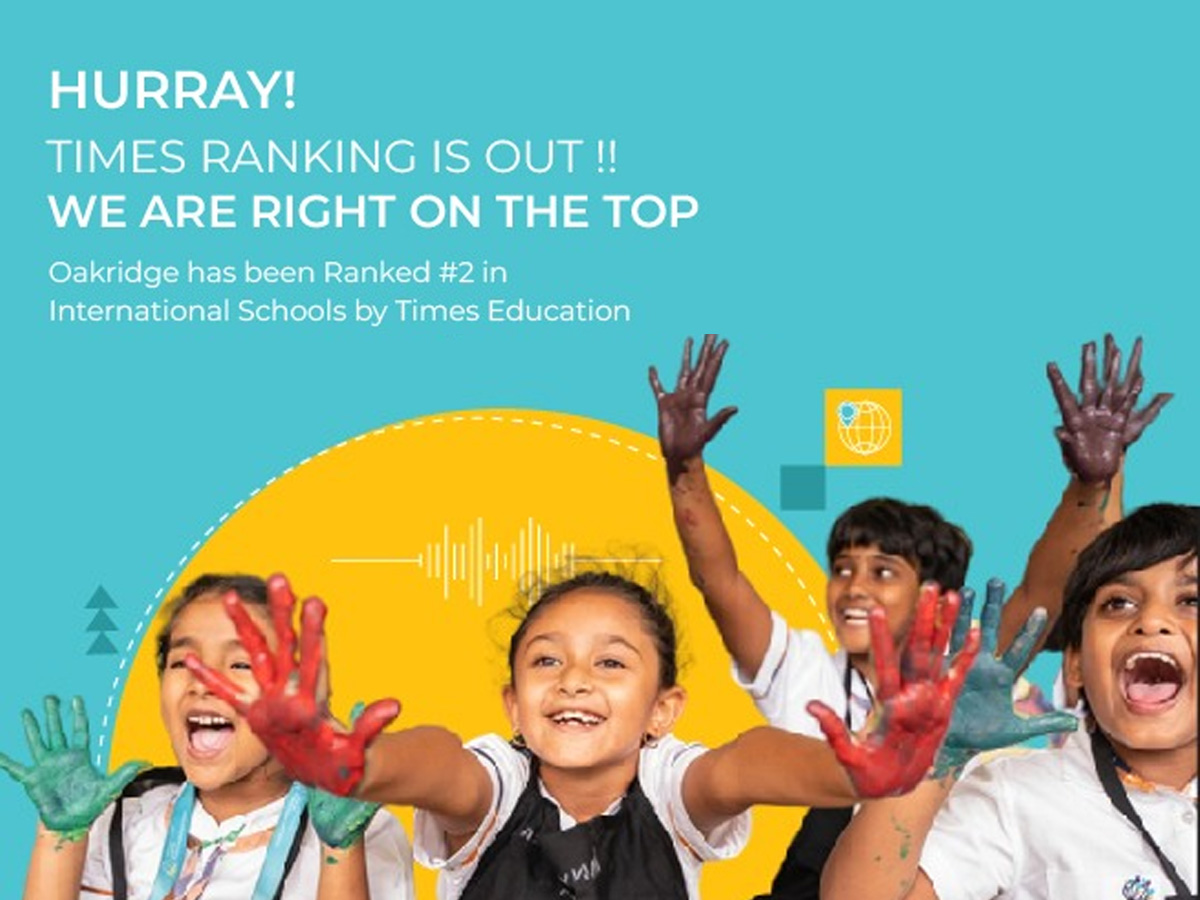 We are one of the top IB schools in Bangalore 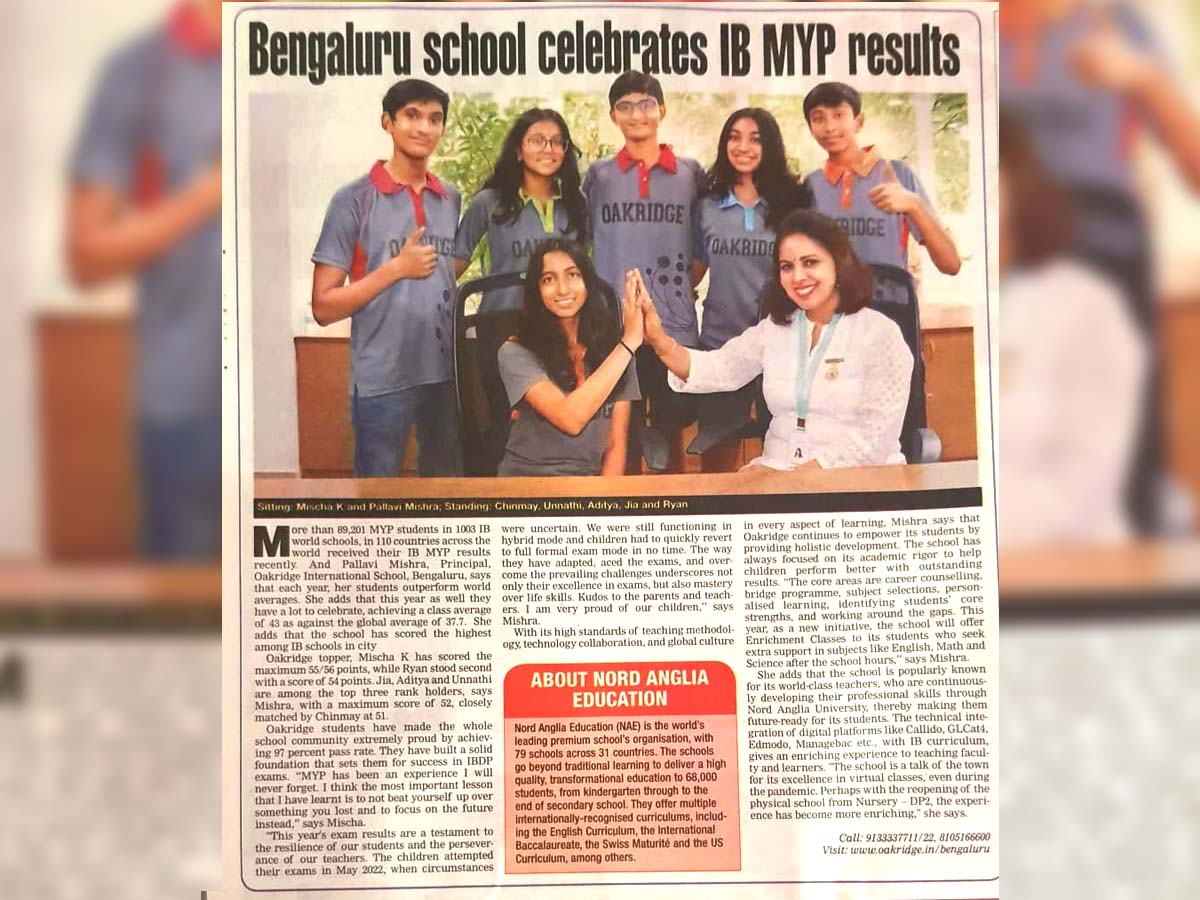 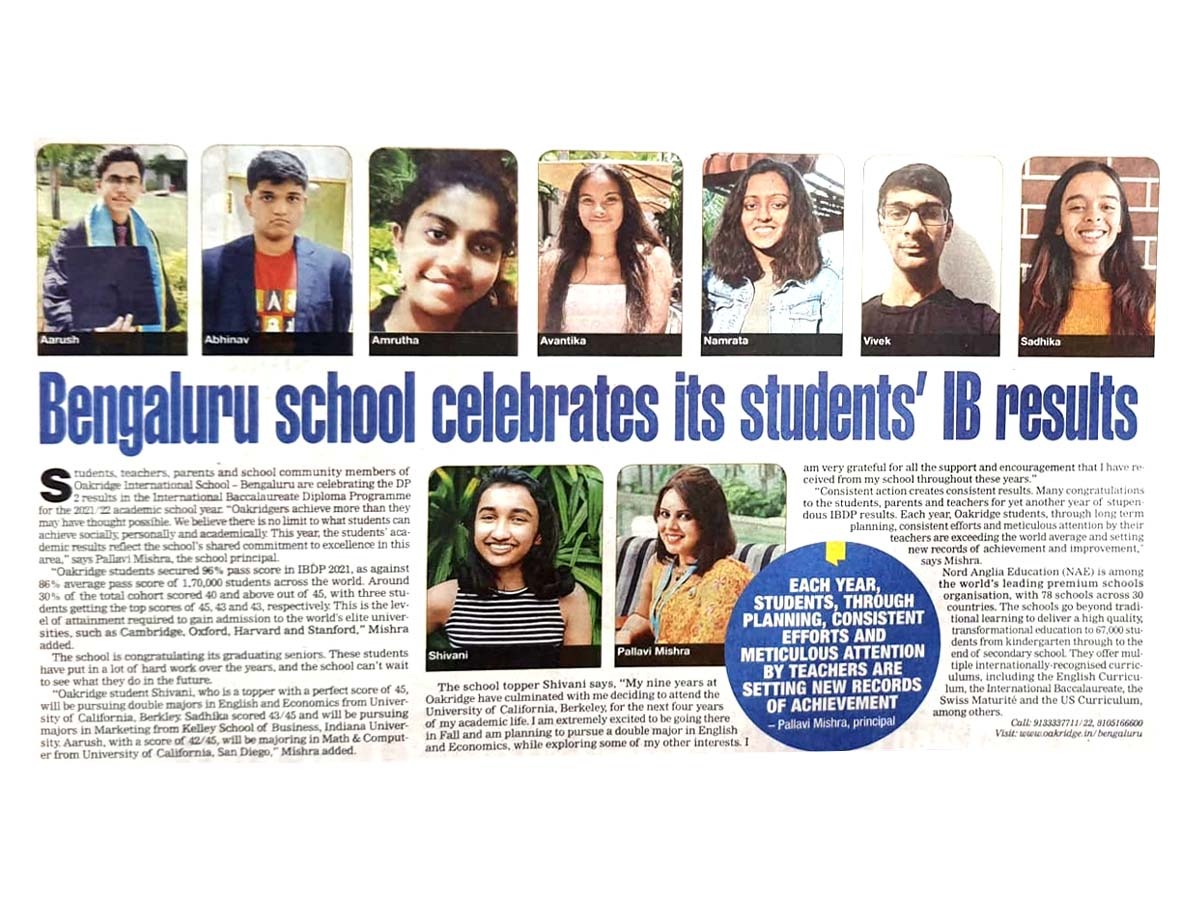 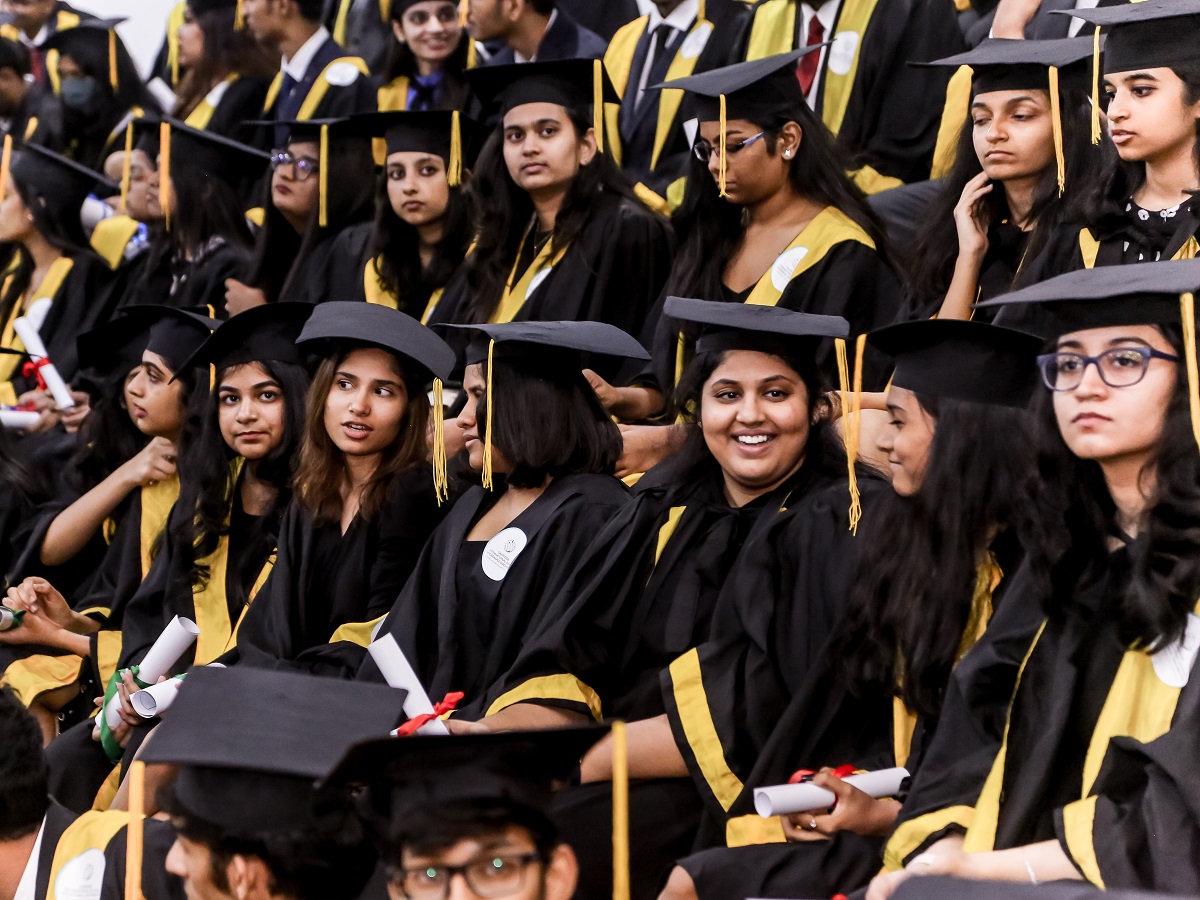 Why leadership skills are important for students

Starting early with the University Placements

Nutrition plays a key role in maintaining a healthy lifestyle

We are one of the top IB schools in Bangalore